It’s awards season and we here at Full Circle Cinema have a bevy of differing opinions regarding who or what deserves to win big at this year’s ceremonies. With Full Circle Forecast, we will be breaking down the nominees for the biggest categories and giving predictions for who we think will be taking the coveted statuettes home at the grandest stages of them all. 2021 will start off with the 78th Annual Golden Globe Awards, which celebrates the best in both film and television. Here are our picks in the biggest categories of the evening.

In a fast-paced period drama, the story of the creation of Citizen Kane comes to life. Following the real, and sometimes tragic story of screenwriter Herman J. Mankiewicz, Mank has no shortage of tense moments. In his review for the Netflix original film, Full Circle’s Ernesto Valenzuela speaks to what makes the film shockingly relevant to the world today. “Mank is a film that speaks volumes to our culture and even the film industry today. The dichotomy that it presents in its evocation of a different era while still being so relevant is extremely impressive. Nearly the entirety of the film relies on the musings of Mank and how his real-life experiences reflect his work in his script. If any film properly conveys the writing process in such a cinematic way, it’s Mank.” 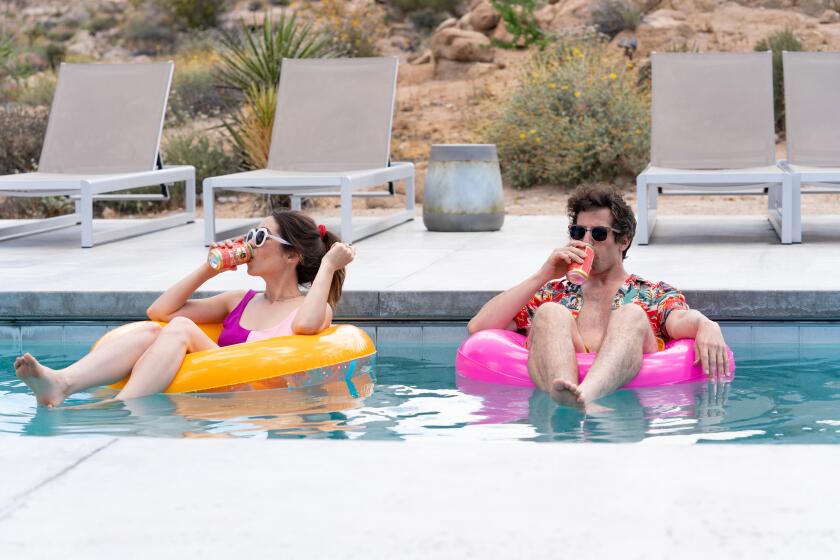 One of the most universally beloved films of 2020 is likely to get its roses at this year’s Globes ceremony. Thanks to off-the-charts chemistry from the film’s leads Andy Samberg, already a Golden Globe recipient, and Cristin Milioti, the movie is a delightful romantic comedy with a little bit of Groundhog Day sprinkled in. In his Palm Springs review, Full Circle’s Lead Film Critic, Mark Tan says “with the help of director Max Barbakow, Samberg’s performance as Nyles strikes a terrific balance between unhinged and relatable. Similarly, Milioti excels at conveying her character’s disbelief thanks to her large and expressive eyes. From beginning to end, we get an immediate understanding of Sarah’s feelings, and the frequent reaction shots of her only build upon that.”

In what will be his final on-screen film performance, Chadwick Boseman pulls out all the stops in the acclaimed Netflix feature. With an invested performance as a hot-heated trumpeter, his frantic energy and desperation to succeed are formidable. From the pain, he exudes while reminiscing about his parents’ tragic run-in with racists to the sheer determination to make something of himself, Boseman’s Levee Green is a complicated tapestry of a character. Hopefully, this will be the first major posthumous win for Boseman, who, with a performance equal parts beautiful, painful, and powerful, gives everything he had to offer in Ma Rainey’s Black Bottom.

READ: The Best Of Us: A Tribute To Chadwick Boseman

Never one to be outdone, Viola Davis absolutely crushes it as the titular character in Ma Rainey’s Black Bottom. Having won an Academy Award, a Primetime Emmy Award, and two Tony Awards, Davis is the first Black woman to achieve the “Triple Crown of Acting.” As the equally hot-headed singer, Davis taps into a wealth of justification as to why Ma Rainey deserves to have everything she wants. For example, while locking horns with Boseman’s Levee Green, she is the personification of strength and power. While encouraging her stuttering nephew to record a part of her hit song, she is nurturing and in-command. Furthermore, Davis will get the chance to honor her co-star with a Golden Globe speech that will assuredly cause viewers at home to shed a few tears.

While one could argue that there are more impressive performances throughout the 2 hours and 30-minute runtime of Hamilton, its creator continues to receive the credit he deserves for a cultural event. When it was first announced that Hamilton, a recorded version of the Broadway stage production, was eligible for Golden Globe consideration, Hamilton fans rejoiced. Playing the role of the first treasury secretary in United States history, Miranda brings his trademark charm and witty lyrics to center stage. Additionally, with spirited performances of songs like “My Shot,” “Hurricane,” and “The World Was Wide Enough,” Miranda tells a story through music and captivates the audience both in-theater and watching from home. Moreover, with the other frontrunner, Sacha Baron Cohen, up for Best Supporting Actor as well, expect Lin-Manuel Miranda to add to his laundry list of awards this year.

READ: ‘We Can Be Heroes’ Review: “Unpleasant Superhero Cheese”

With Meryl Streep receiving the snub in this category for her role in The Prom, this award could go to either of the nominees and make sense. However, with nominations in both the Film and TV sections of the Golden Globes, it feels like 2021 is the year everyone realizes the sheer star power Anya Taylor-Joy oozes. Additionally, her starring role in Emma joins the actor’s show-stealing turns in Netflix’s The Queen’s Gambit and the X-Men movie The New Mutants as well. In his review of Emma, Full Circle’s Daniel Hrncir touts Taylor-Joy’s character work. “It is an honest portrait of a character that could just as easily be beloved or hated. But by some magical attraction, we come closest to Emma’s vulnerability. We do not see her for all the things I have described, but later for the young, restless girl hiding beneath them.”

Best Supporting Actor in a Motion Picture: Sacha Baron Cohen – The Trial of the Chicago 7 Season four of The Crown is one of the most discussed pieces of art in the last few months. Set during Margaret Thatcher’s premiership, the latest edition of the series introduces Lady Diana Spencer. One of the most prolific figures in human history, Princess Diana adds a bit of intrigue to the series and caused the UK government to apply pressure to Netflix to carry a disclaimer on The Crown making clear the series is dramatized. However, many critics agree that regardless of the historical liberties The Crown takes, the story is carried by the powerful performances of its cast including Olivia Colman, Gillian Anderson, and Emma Corrin.

One of the best things to happen throughout the chaotic year of 2020 is Apple TV‘s Ted Lasso. With a charismatic and lovable cast led by Jason Sudeikis, the series is a hilarious and heartfelt fish-out-of-water story. Following an American football coach transitioning to coaching a British soccer team, the show is an engaging tale of determination and grit. Sudeikis is surrounded by a supporting cast featuring Hannah Waddingham, Brett Goldstein, and Juno Temple who offer distinct contrasts to Lasso’s consistent positivity. With Schitt’s Creek absolutely sweeping the competition at last year’s Primetime Emmy Awards, this writer is hoping for Ted Lasso to get a chance to bask in the spotlight with a huge upset victory and take home a Golden Globe.

Jason Bateman has been nominated twice for his Ozark performance at the Golden Globe Awards and, at long last, it feels like this could be his year. Many industry experts are fawning over Matthew Rhys in Perry Mason, and for good reason. However, in a year with no clear frontrunner, Bateman may be able to slide in and earn the trophy. When quarantine shutdowns began back in March 2020, a common question asked among friends became “have you watched Ozark?” Bolstered interest in the series could spell victory for the multi-talented filmmaker. However, any category featuring Hollywood legend Al Pacino should consider the possibility of him making an acceptance speech.

As previously stated, the introduction of Emma Corrin as Princess Diana in The Crown was a total game-changer. Her inclusion caused more eyes to focus on the Netflix series and she does not disappoint in the slightest. Before Corrin departs the series to make way for Tenet star Elizabeth Debicki to inherit the role in season 5, the Golden Globe Awards are likely to shine a light on the work done by Corrin to make The Crown the culture-shifting TV series it has grown into.

These will be the categories in which the powerhouse series Schitt’s Creek begins to take over. The series is more popular than ever these days and for good reason. Season 6 of the show is one of the most enjoyable runs in recent television history. Eugene Levy has been given a new lease on life thanks to the witty scripts penned by his son, Dan Levy. Levy’s Johnny Rose is funny, likable, and easy to root for. Moreover, there’s no way the character would work half as well without the unique brilliance of Eugene Levy. He’s earned this Golden Globe. 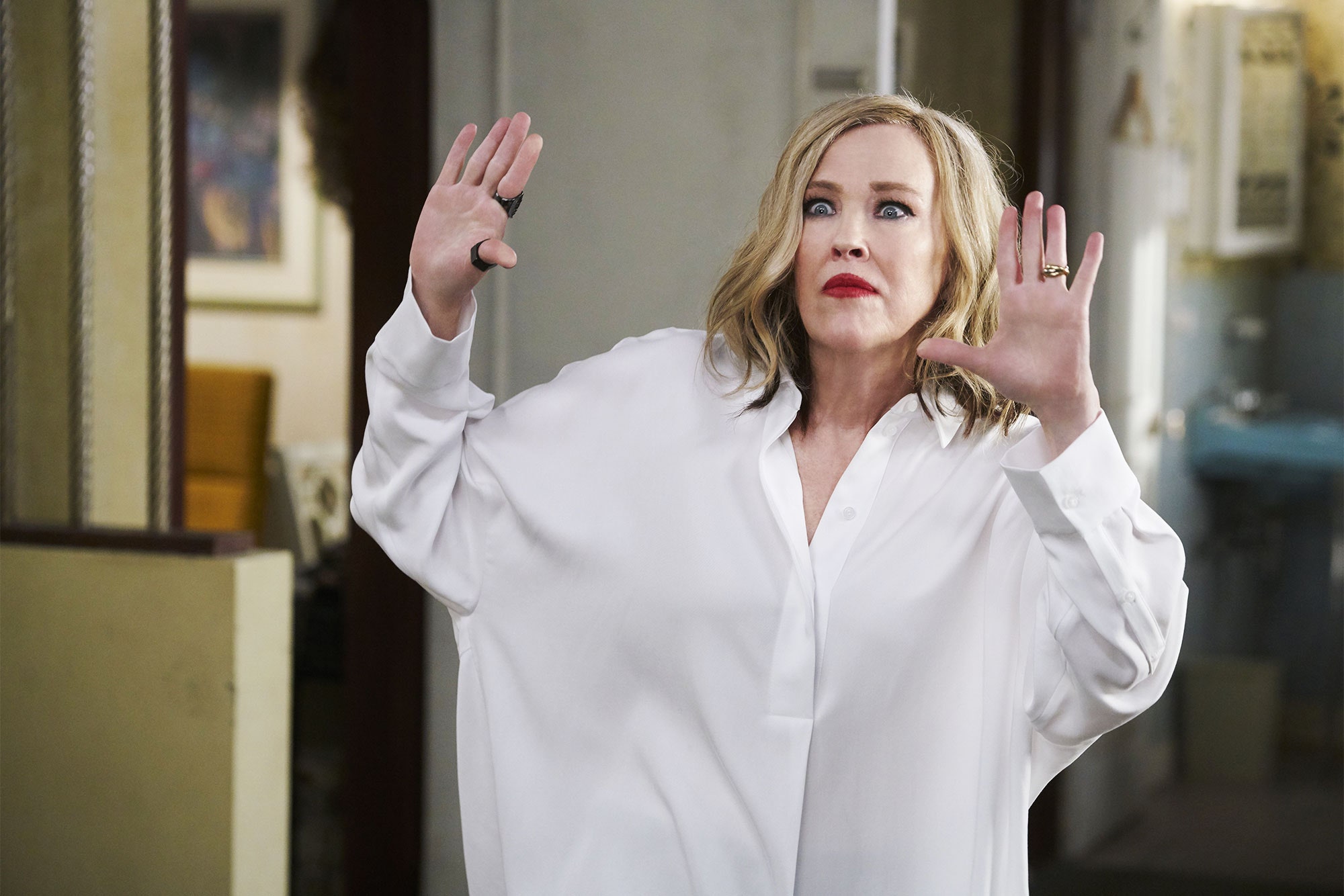 Catherine O’Hara is one the best actresses of all time. With memorable roles in class films like Home Alone, The Nightmare Before Christmas, and Orange County, O’Hara’s legacy has already been written. However, when the dust settles, the legend may be most remembered for playing the enigmatic Moira Rose. With her trademark theatric flair and tendency to be over-dramatic, O’Hara is one of the reasons Schitt’s Creek is as celebrated as it is. Look for the series to continue its domination of awards season by taking home a host of Golden Globe awards by the end of the night.

To be frank, The Queen’s Gambit is one of the most well done new shows of the year. The aforementioned Anya Taylor-Joy delivers a spellbinding performance as Beth Harmon. Fans watch as she learns to navigate the way the world works while gaining fame and notoriety as one of the world’s best chess players. Additionally, the series tackles pretty heavy topics such as adoption, sex, and addiction and Taylor-Joy provides an exciting point of view into it all. The series also deserves praise for its depiction of Harmon’s uninterrupted path to success, free of ignorant and ugly sexism that would likely prevail in the real world.

Best Actor in a Miniseries or Television Film: Mark Ruffalo – I Know This Much Is True

Best Actress in a Miniseries or Television Film: Nicole Kidman – The Undoing

What are your thoughts? Do you agree or disagree with the predictions presented in the latest edition of Full Circle Forecast? Be sure to make your voice heard and sound off in the comments below!

The 78th Annual Golden Globe Awards will broadcast live on NBC on February 28 at 8/7c. This year, Tina Fey and Amy Poehler will host the first-ever bi-coastal ceremony. – Christian Hubbard