Awards season is back! Our team here at Full Circle Cinema has differing opinions regarding who or what deserves to win big at this year’s ceremonies. With Full Circle Forecast, we break down the nominees for the most significant categories and give personal predictions for who we think will take those coveted statuettes. 2022’s most prominent television celebration is The 74th Primetime Emmy Awards, which celebrates the best of the best from June 1, 2021, until May 31, 2022. With some big surprise nominations and a highly anticipated ceremony, here is who we think will take home the evening’s biggest prizes.

Starting this year’s Forecast with a BOLD prediction. Many would likely point to Ted Lasso being the forgone conclusion after years of domination at the Emmys and the Golden Globes and Critics Choice Awards ceremonies. However, you’d be hard-pressed to find a more engaging, heartwarming, and pleasantly relatable comedy series over the last year than Abbott Elementary. From the mind of a blossoming genius Quinta Brunson, the series takes a formula hit shows like The Office and Parks & Rec execute so well and flips it on its head. Featuring one of the most unassuming and diverse casts on TV, Abbott Elementary displays high levels of chemistry, comedic timing, and a positive message of perseverance. If any show is going to top season two of Apple’s powerhouse Ted Lasso, it has to be this show.

The competition is STIFF in this category. Succession, Better Call Saul, and Severance are all frontrunners due to their consistent quality weekly output this year. However, with that in mind, those three might split the vote within the Academy of Television Arts & Sciences, clearing the way for the fan favorite to collect the prize. Season our of Stranger Things ups the ante in every way conceivable. The horror elements are scarier than ever, and the found family elements have never been more prominent. Since its dual-date release, the fourth season has trended online, and folks will be talking about Eddie Munson’s sacrifice for years to come. It’s time the Emmy Awards show the pop culture phenomenon a little love in one of its most prominent categories.

READ: The Power Of Loss: How Tragedy Has Shaped Marvel’s Phase Four

The first season of The White Lotus is equally compelling and uncomfortable, making it undeniably the best option for a winner. Benefitting from an outstanding ensemble cast including Jennifer Coolidge, Sydney Sweeney, Alexandra Daddario, Brittany O’Grady, and Molly Shannon, the show’s unique premise makes it some of the year’s best television. Additionally, many other programs in this category flew under viewers’ radar. Look for Mike White and company to swoop in and nab the honor on this night.

It feels criminal that the third season of Atlanta‘s only major nomination is in this category, filled with nothing but potential winners. That being said, if Sudeikis earned the win for his work in season one, he deserves it for what he does in season two. The vulnerability the actor displays throughout the season as his character comes to terms with the past is nothing less than a Herculean effort on the part of the SNL alum. Specifically, in episode 10 when Ted speaks about his father’s suicide. The gut-wrenching performance is the stuff of legend and gave the viewers some gripping insight into the titular character’s life while reaching for a few Kleenex to wipe the tears away. The Ted Lasso Emmy Awards agenda continues in 2022!

Quinta Brunson will go down as one of her generation’s most influential young creators when it’s all said and done. As Janine, the actress finds the ability to not only make fans giggle at her quirkiness but also inspire them to look around and see how they can improve the lives of others. Janine is strong but unsure. She is determined but often dejected. Having that sort of nuance when creating a new character, let alone a new TV series, deserves nothing but praise and admiration. Earning her first Emmy Awards nomination will lead to the incomparable Quinta Brunson earning her first Emmy win. 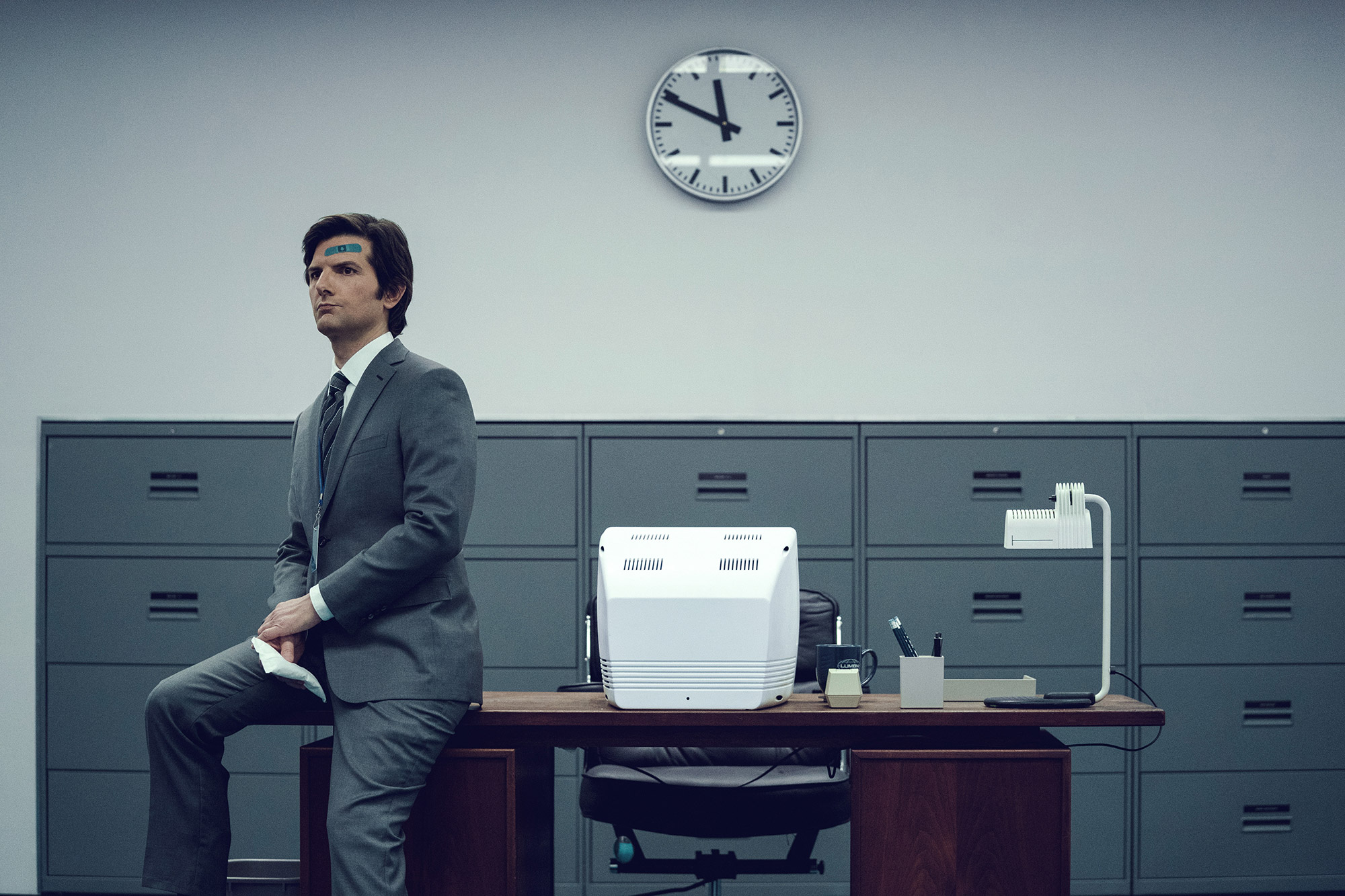 Adam Scott stepped out of his comfort zone and constant type-cast curse this year. Directed by Ben Stiller, Apple TV’s Severance is a trippy tale filled with unreal cinematography, production design, and musical score. However, the cast deserves as much praise as the folks behind the scene bringing the magic to life. Especially Scott. In a conversation with Vanity Fair, Scott talks about being fearful of the role. “I was terrified when the show was coming out,” Scott says. “So I haven’t read any reviews or anything like that because this is a role in a show that I’ve been working toward and hoping for now my whole career, essentially. When I read it, I thought, If I’m able to actually land this thing, it’s what I’ve been earning this whole time—a chance to actually get on a show like this and play a role like this.”

Nobody is doing it like Zendaya. Right now, one of the world’s most popular performers will look to snag her second win in this category for the same role as Rue. Season two of HBO’s Euphoria gives the multihyphenate more room to grow as an actor and experiment. Not enough will ever be said about how poignantly Zendaya expresses one’s struggle with addiction, and her work deserves as much acclaim and fanfare as possible. She is incredibly captivating, and in every scene, she shines. Moreover, her first win at the Emmy Awards came during a virtual ceremony, and she deserves a chance to give a speech to a jampacked crowd in the Microsoft Theater.

Outstanding Lead Actor in a Limited or Anthology Series or Movie

Prediction: Andrew Garfield – Under the Banner of Heaven as Detective Jeb Pyre (FX)

Andrew Garfield is having himself a bit of a year. After earning an Oscar nomination for Lin-Manuel Miranda’s  Tick, Tick… Boom! and donning the classic Spidey costume for Spider-Man: No Way Home, he is up for his first Emmy. While many critics understandably find issues with the pacing and overall story within Under the Banner of Heaven, everyone agrees: Garfield gives it his all. After deep diving into the Mormon church, Garfield expertly displays skepticism and a desire to reveal the truth. While Garfield lost to Will Smith at the Academy Awards, look for him to come home with some hardware after the Emmy Awards.

READ: Here’s Where To Expect Darth Vader After ‘Obi-Wan Kenobi’

Outstanding Lead Actress in a Limited or Anthology Series or Movie

Lily James disappears when she plays the legendary Pamela Anderson in Hulu’s Pam & Tommy. Not even how the costume and makeup departments made her LOOK like Anderson, the actress transforms and becomes Anderson. The way she carries herself throughout eight episodes is nothing short of phenomenal. Earlier this year, the talented performer explained how she created her version of a real-life person. “I was shocked, like anyone that heard my name attached to it,” she says. “That triggered my intrigue and my imagination. I started watching interview after interview, and I couldn’t help but start feeling her mannerisms. The way she would laugh at herself or the way she would handle pressure. It just felt intriguing to me. There was so much there to explore.”

What do you think? Do you agree or disagree with these choices? Be sure to let us know your Emmy Awards thoughts and predictions in the comments below! – Christian Hubbard

The 74th Emmy Awards premiere on September 12, 2022. The ceremony will be broadcast in the United States on NBC, occurring on a Monday to accommodate NBC’s Sunday Night Football coverage.

'Westworld' Season 4 Episodes 2-5 Recap/Review: "Making A Mess Out of Things"