After four episodes and a few subtle hints at the events of a St. Patrick’s Day party that took place when the gang was in high school, The Afterparty is taking a trip to that very night. With the mysterious and seemingly forgettable Walt spinning his tale in this episode, director Christopher Miller tells this story in the style of a coming-of-age teen buddy comedy film in the same vein as films like Superbad.

Aniq’s plot to try and solve the crime in order to absolve his name hits a bump in the road as Danner notices he’s missing as she assembles the group to get the ball rolling on revealing what happened at the party in high school. Jamie Demetriou, best known for his role in Fleabag, shines as the socially awkward Walt finally gets his moment in the spotlight.

The story darts back to 2006 where it is revealed the infamous party actually occurs at Walt’s childhood home. Viewers are instantly met with loveable, younger versions of the show’s main cast. Notably, they are hilariously played by the actors themselves in incredibly awkward outfits befitting of the mid-2000s. Notably, the episode sort of places a new focus on the tension that existed between Aniq and the deceased Xavier. In high school, Yasper and Aniq are not very high on the social ladder while Brett and Ned (Kelvin Yu) are unsurprisingly just as dopey as their future selves. While Christopher Miller directs episode five, screenwriter Nicole Delaney pens the script. She is able to bring to life familiar characters at different points in life with similar motivations.

For example, just as Aniq hopes to build a relationship with Zoe at the reunion, that seems to be his only goal in high school as well. Additionally, Yasper seeks fame in his youth just as he does in his 30s. However, the tension between Yasper and Xavier begins to take shape as well. Based on flashbacks, Xavier is incredibly self-conscious. Overall else, he seeks validation and popularity. This, in turn, puts space between Yasper and Xavier and their burgeoning musical dup Ska-pe Diem. However, aside from these character moments dripping in hilarious writing, the episode shines brightest when following a thread with Ilana Glazer’s Chelsea.

In episode four, she is looking for revenge against Xavier for something that took place at that party. Thankfully, the latest episode does a tremendous job following both characters as that moment inevitably arrives. When Chelsea gets a little too drunk, Xavier helps her to the bedroom to sleep it off. However, the entire party sees this happening and assumes they are about to hook up. While the viewers are able to see her shutting down his advances, Xavier emerges from the bedroom alongside Walt, who finds himself in the room’s bathroom at the time, pretending to have just had a threesome with Chelsea. In a moment straight from Easy A, Chelsea, unfortunately, gains the reputation of a promiscuous girl. This is seemingly the catalyst that sends her life into a downward spiral. Meanwhile, Xavier is celebrated by a group of crude teens, getting his first taste of stardom. 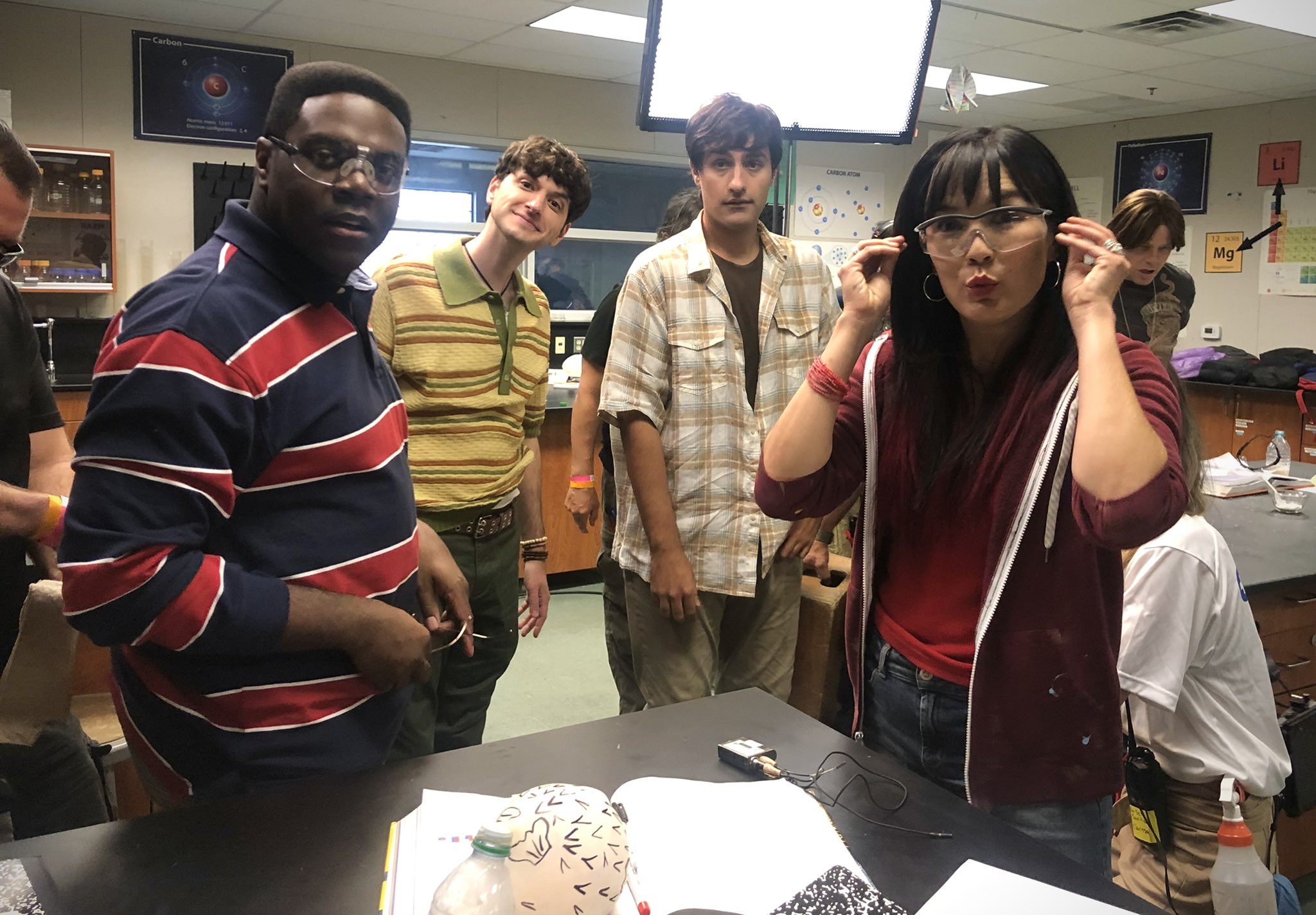 Given that Xavier is the murder victim, he spends most of his time in The Afterparty lying dead on the beach. However, Dave Franco maximizes his screentime as Xavier. Within the near 40-minute runtime, Franco’s delivery pairs with some phenomenal camera work showing the moments where the future egomaniac is born. In many ways, episode 5 does more to justify the heinous murder of Xavier rather than giving the audience reason to sympathize with him. In other words, Xavier becomes a giant douche.

Awkward sexual tension is an overarching theme in any teen comedy. In addition to Xavier attempting to sleep with Chelsea and failing, the flashback episode shows the blossoming of Zoe and Brett’s soon-to-be-doomed marriage as well. The actors portraying the anxious teenagers are obviously past the age to play high schoolers. However, Episode five offers some answers to a few lingering questions making it perhaps the strongest of the season so far. It’s evident the cast had a lot of fun putting this episode together and channeling their younger selves while experimenting in the ‘Superbad’-esque playground. Moreover, the revelations breathe new life into the interactions moving forward. Finally, the big mystery of The Afterparty is still anybody’s guess. However, it feels vital to spend some time with the group as a whole to see how their experiences then shape who they are now. – Christian Hubbard

New episodes of The Afterparty stream Fridays on Apple TV+.

What do you think? Are enjoying the latest from Apple TV +? Let us know your thoughts and expectations for the series in the comments below!

Did you like this article? If so, consider visiting our YouTube channel, where we discuss the latest and greatest in pop culture news