During this weekend’s DC Fandome event, a major announcement was made regarding DC’s initiative to create more inclusive stories for people of color. DC’s partnership with Milestone Media is bringing a new animated feature to fruition with a bevy of characters apparently teaming up.

In 1993, Milestone Media launched its first four titles: Hardware, Icon, Blood Syndicate, and Static. Now, it appears the heroes associated with those titles are coming together to face a common foe. Additionally, Brandon Thomas will write the feature. However, at this time, further details are not yet known.

Denys Cowan and Reggie Hudlin revealed the project themselves and will serve as producers of the film. “This has been the thing that Milestone fans have been dreaming about for a long time, and we’re happy to give it to you, finally,” said Cowan

However, a teaser image for the film was released shortly after the announcement. Check it out below! 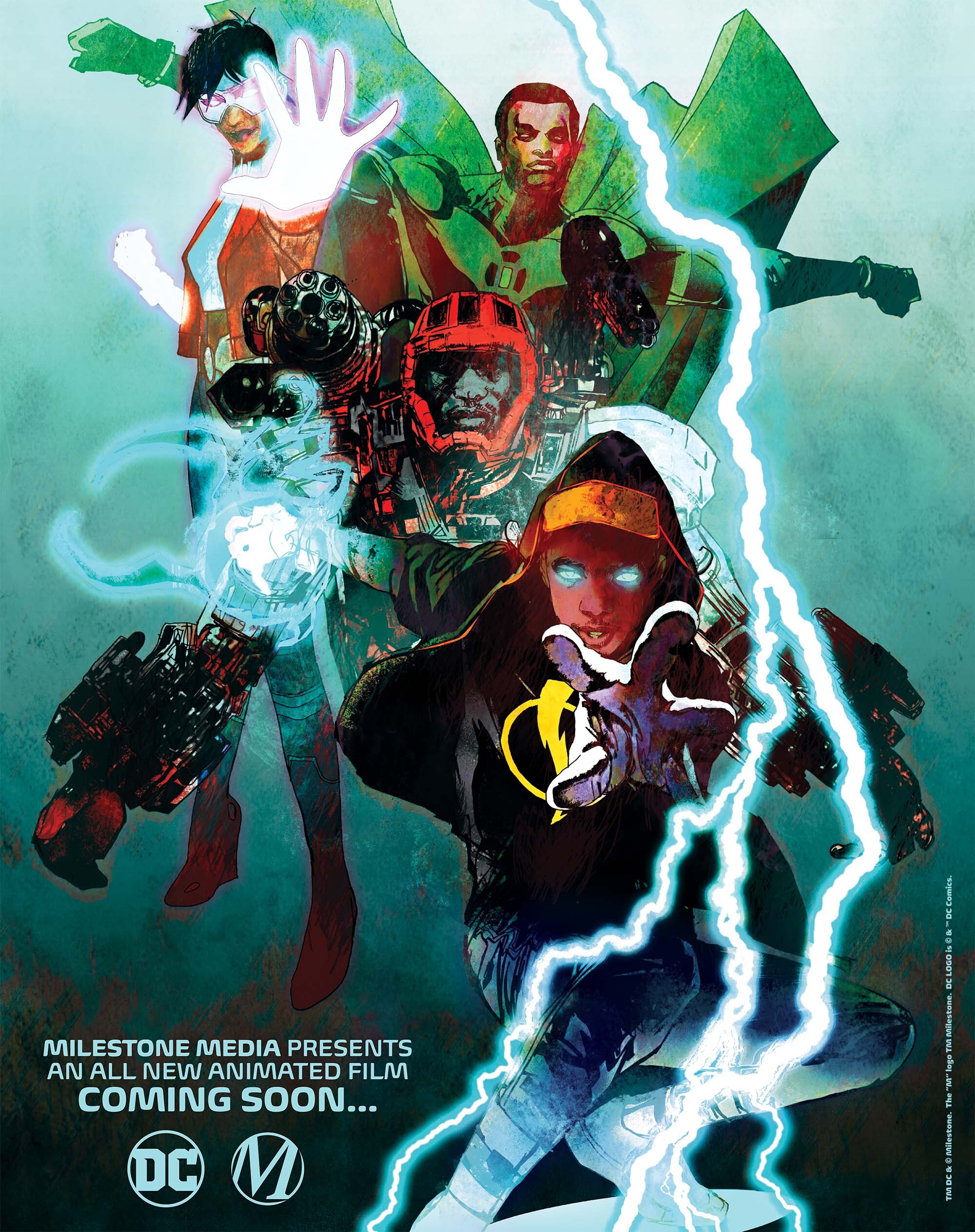 Milestone Media was founded in 1993 by a coalition of African-American artists and writers, consisting of Dwayne McDuffie, Denys Cowan, Michael Davis, and Derek T. Dingle. The founders observed that minorities were severely underrepresented in American comics and wished to address this.

Are you excited about an animated Milestone Media film? Let us know in the comments below!