It was recently revealed that Zack Snyder’s long-awaited director’s cut of his 2017’s Justice League would finally see the light of day. Next year, the “Snyder Cut” will release on the HBO Max streaming service. Along with the news, Warner Bros revealed that it would devote $20-$30 million to complete the picture. During the director’s panel during this year’s Justice Con fan event, Snyder revealed the first look at Henry Cavill donning the highly anticipated black suit. Take at the video and a screenshot below. 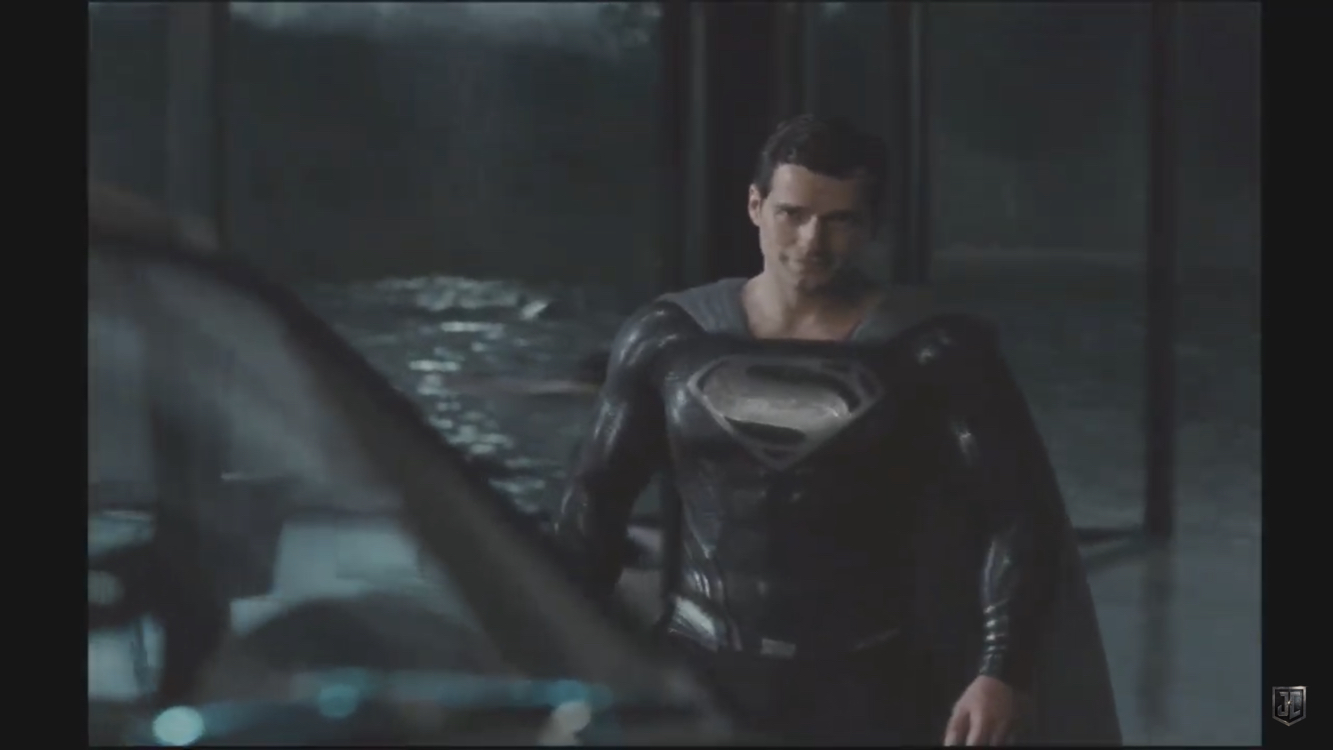 Suffice to say, the expression on the face of Alfred, played by the incomparable Jeremy Irons, is how many fans in the DC fandom are feeling right about now. The suit has long been teased for quite some time. Following the death and resurrection of Superman, the return of the Man of Steel is beautifully represented here with the black suit. Moreover, Snyder confirms more footage will come out this year at the upcoming DC Fandome event.

Following a family tragedy, the director had to step down in the midst of post-production on the film. Joss Whedon, writer/director of The Avengers, was then brought on board to oversee additional photography. Many fans felt that Whedon’s quippy sensibilities didn’t mesh with Snyder’s darker version of the super team. The film received negative reviews from fans and critics alike and launched a worldwide movement to release Snyder’s full vision.

Audiences have clamored for the “Snyder Cut” ever since the theatrical release. The movement came to a head last November when stars Ben Affleck, Gal Gadot, Jason Momoa, and Ray Fisher tweeted out the hashtag. Since then it’s seemed the cut of the film had only picked up steam, and now the wishes of the fans have finally been answered. Additionally, now fans all have a few seconds of the actual film to pour over for the next several months.

What do you think of the first look at Zack Snyder’s Justice League? Let us know your thoughts in the comments below!

J. K. Simmons In Talks To Return As Commissioner Gordon In ‘Batgirl’

Shade Will Play A Major Role In 'Stargirl' Season 2