It’s all come down to this. The season finale of one of the most enthralling new shows of the year, Heels. And the first few moments kick off with a reminder of the Spades’ brotherhood and their definition of it. We get another flashback of their father making an example out of Jack in front of Ace. It’s easy to see why there has been this underlying protective nature Jack (Stephen Amell) feels for Ace. This is immediately solidified with Jack and Ace plowing through the security after assaulting FWD owner Charlie Gully. The battle lines have been drawn between the DWL and the FWD. Now there is an overarching tension lying over the events of the season finale.

Within the world of professional wrestling, “go home” means to end the match. It’s the last spot leading into a finish before the pinfall. If ever there was a phrase that within the pro wrestling glossary to define the latest installment of Heels, it’s “go home.” All of the drama, misunderstandings, betrayals, and backlash has been leading to the biggest event in the history of the DWL, the card taking place at the Georgia State Fair. With that in mind, the team really appears to be coming together to put the promotion’s best foot forward. Notably, Wild Bill attempting to collaborate with Crystal and asking her to be his valet for the big Triple Threat Ladder Match main event.

Jack’s big plan for the big event is to turn the popular Wild Bill into a heel. Meanwhile, Ace is going to once again turn face and win the belt. A double turn is in one of those earth-shattering moments where the wrestlers and the creative teams control the emotions of the audience. Famously, in 1996 at WrestleMania 13, Bret Hart and Stone Cold Steve Austin arguably pulled off the greatest double turn in history. Entering the match as the brash up-and-comer, Austin quickly shows a different side of his character: grit and determination. Meanwhile, as the confident former World Champion, Hart embraced a violent side and took his frustration on Austin. Thankfully, the crowd understood what was happening and Stone Cold Steve Austin went on to become one of the greatest faces in WWE history.

Outside of the ring, Jack’s marriage is falling apart. Staci Spade (Alison Luff) has been one of the most gripping characters as she struggles to be a supportive wife while suffering from neglect. She successfully brings Jack back to earth when his anger spirals. Famously, pro wrestlers, unfortunately, do not have the greatest track record in their personal lives. Oftentimes, their spouses and their children are left at home while they are on the road entertaining the masses. Alcohol, drugs, and an addiction to money and fame cause strain in real-life families. As it turns out, that heartbreaking truth is on full display in the lives of Jack and Staci. 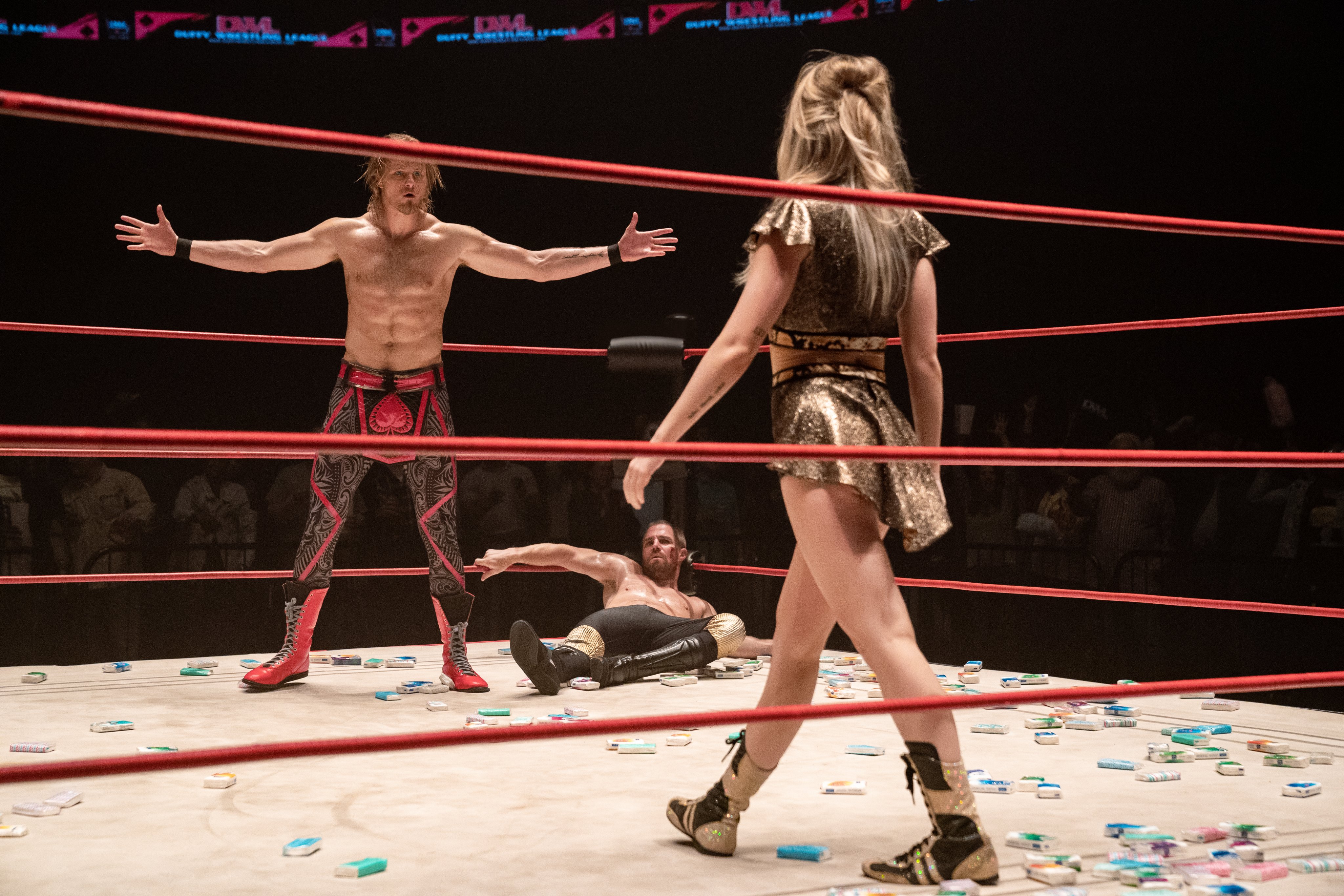 What Heels does best is show how the characters these men and women play in the ring affect who they are outside of it. With the crowd booing Ace, he treats the people around him poorly. On the flip side, when the notion of him turning face is on the horizon, he attempts to make amends with those same folks. Additionally, Jack has been playing a heel for so long, he begins to lose who he really is. Not to mention, it takes a toll on his loved ones. Overall, while pro wrestling is often called fake by those who do not watch or do not understand, Heels does an exceptional job at creating a version of this fantastical world of monsters and heroes that feels incredibly real.

The entire first season of Heels is available to stream on the Starz app!