An angel and a demon set out to find the antichrist and halt armageddon while facing off against the forces of good and evil is how one would at first describe the new miniseries Good Omens but to be honest it doesn’t even scratch the surface. Amazon’s adaptation of the beloved novel by Neil Gaiman and the late Sir Terry Pratchett is the perfect combination of whimsy, heart, and Britishness.

Good Omens is the story of best friends Aziraphale, an angel, and the demon Crowley (played perfectly by Michael Sheen and David Tennant respectively) who are caught in between the forces of good and evil on the eve of Armageddon. The only problem is they have grown quite fond of Earth having spent the last few millennia living on it, so they set out to find the misplaced Antichrist, stop The Four Horsemen of the Apocolypse, and halt the end of the world. 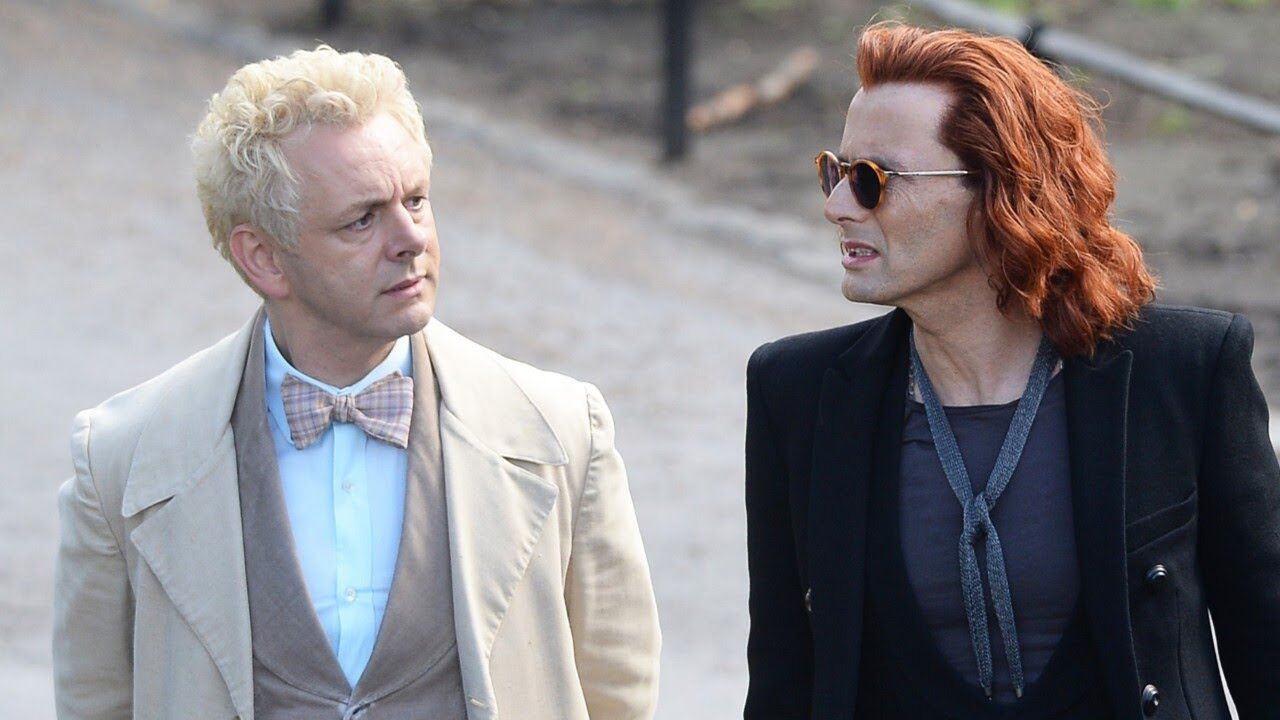 Gaiman and Pratchett’s Good Omens has long been believed to be unadaptable for the screen but Amazon’s six-part miniseries does the perfect job of retaining what fans loved most about the novel while making it readily available to a new audience. This comes as no surprise as Gaiman himself wrote the adaptation himself at the wishes of Pratchett before he passed in 2015. Gaiman along with director Douglas Mackinnon expertly brought the story of Aziraphale and Crowley from page to screen. Mackinnon (who has previously worked on Doctor Who and Sherlock) helped to bring the fantastical elements of Good Omens to life all while keeping a focus on the story.

Speaking of the story, it’s a feel-good romp packed full of British humor and biblical themes. A worry for some fans going into this series was that it would have difficulties capturing the story’s many arcs in just a six-episode program. But Good Omens takes the time to develop each of the characters and arcs beloved by fans in the book. What separates the show from the book is that it includes a few new scenes including an extended cold open in the third episode which works to further develop Aziraphale and Crowley’s relationship over the past few millennia. For old fans of the novel there is even more to love from the series.

At the end of the day what truly makes Good Omens a perfect adaptation is the casting. The book at times relies very heavily on narration to further the story, so it seemed uncertain how they would tackle this in the series. And thankfully they made the only logical choice, they cast Frances McDormand as the voice of God. McDormand is perfect as the overseer of the story helping to keep the series’ audience focused on the fast-paced plot. Along with McDormand is a stellar cast including Jon Hamm, Nick Offerman, Jack Whitehall, Brian Cox, Benedict Cumberbatch, and many more amazing actors. But the true stars of the series are Michael Sheen and David Tennant. They have done an amazing job of capturing the relationship of Aziraphale and Crowley that fans of the book have always loved. Sheen has done well to capture the heavenly do-good personality of Aziraphale while working perfectly alongside Tennant’s hellishly charismatic demon. Tennant’s Crowley is reminiscent of his beloved portrayal of the 10th Doctor on Doctor Who making for an amazing performance on his part. Yet, it is ultimately whenever they are beside each other on the screen that their star power shines through.

To sum up my impression of Good Omens it is without a doubt one of the best adaptations of a book I have ever seen. It perfectly maintains everything we love about the source material while establishing its own presence. With an expertly crafted screenplay from Gaiman and amazing performances from Tennant, Sheen, and co. Good Omens has established itself as a must watch series.